IFC is seeking a consulting firm to provide support on Component 4, specifically to 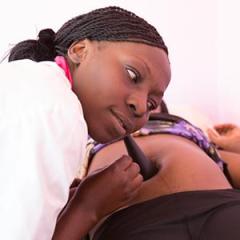 It is estimated that there may be around 15+ pilot projects supported under the program, with East African healthcare providers working with shortlisted Innovators to pilot new technologies that can improve their reach, operations, healthcare delivery and/or patient outcomes. The majority of Providers participating in the program are in Kenya, however, it is expected that there will be a few pilots implemented in Uganda and Ethiopia, supporting the Providers that are participating from those markets.

END_OF_DOCUMENT_TOKEN_TO_BE_REPLACED

development work. Introduced in July 2016, the World Bank’s Procurement Framework plays an important role in this effort by emphasizing value for money (vfm) and fair competition and the highest level of integrity to encourage the participation of the best-performing suppliers.

END_OF_DOCUMENT_TOKEN_TO_BE_REPLACED

The Objective of this assignment is to prepare the Mini-grid Component of the Rwanda Renewable Energy Fund Project. The mini-grid component is expected to support private sector renewable energy mini-grids to demonstrate that commercially viable mini-grids are able to deliver affordable electricity services to households and enterprises in rural areas.

END_OF_DOCUMENT_TOKEN_TO_BE_REPLACED

African countries to explain why independent power projects (IPPs) are crucial to help deliver electricity to the 600 million people without it in Sub-Saharan Africa. The report highlights the challenges policymakers face and factors that can lead to scaled-up and sustainable power sector investment.

END_OF_DOCUMENT_TOKEN_TO_BE_REPLACED

Corporation (IFC) to act as lead advisor for the selection of independent private producers (IPPs) to develop a total capacity of 40 MW of solar power, across several sites. IFC will provide transaction advisory services for the structuring of the transaction and the selection of suitable private investors, through a competitive bidding process.
END_OF_DOCUMENT_TOKEN_TO_BE_REPLACED

On December 2, 2015 the Minister of Disaster Management and Relief, Hon. Mofazzal

Hossain Chowdhury (Maya) Bir Bikram, MP, handed over four Search and Rescue Boats, built by Dutch Health BV, to the National Coast Guard of Bangladesh. This project was financed by the World Bank.

END_OF_DOCUMENT_TOKEN_TO_BE_REPLACED

A few months ago, I had a chance to visit the Panama Canal, which celebrated its 100th

anniversary last year. It is truly a mega-structure that is the largest infrastructure project of its time.

When I saw it, what struck me the most was – “How could this be possible”? One hundred years ago, Panama was a country that was just formed and capital markets were not very well-developed. And technology was obviously not as advanced as it is today.

END_OF_DOCUMENT_TOKEN_TO_BE_REPLACED

How to accelerate the process and reduce costs for public-private partnerships? Recommended PPP contractual provisions

Everyone recognizes the importance of PPP contracts, since they are the documents that set out how the partnership will work – but there are constant calls for making the contractual drafting process quicker and less expensive.

END_OF_DOCUMENT_TOKEN_TO_BE_REPLACED

basin from a system-wide perspective, by creating a knowledge base and suite of modeling tools that can be used to examine the potential development in the basin and attendant impacts of development, and support an information-based dialogue within and between riparian states.

END_OF_DOCUMENT_TOKEN_TO_BE_REPLACED

The World Bank Board of Directors approved

today a US$250 million financial package to support Jordan’s process to reform the energy and water sectors, two critical public services which are challenged by scarce resources and further burdened by a sharp rise in demand caused by the influx of Syrian refugees.

“The water sector is on track to start generating energy efficiency savings that will help to reduce the fiscal and environmental footprints of the sector.”

Jordan’s historic vulnerability to the fluctuations in fuel prices, coupled with the frequent interruptions in piped natural gas from Egypt since the outbreak of the Arab upheaval in 2011, have severely taxed the budget. To compensate for the gas shortages, Jordan has resorted to importing more expensive diesel and fuel oil. This development encouraged the Government to develop and implement programs to diversify and reduce cost of energy supply through the development of domestic renewable energy resources and alternate natural gas supply options for power generation.

On the water front, Jordan has historically grappled with water scarcity, which has forced the Kingdom to maximize its use of shared resources, while becoming more dependent on non-conventional, and often very energy-intensive, water infrastructure.  A series of external shocks, including the fluctuations in oil prices and the influx of the Syrian refugees in the country, have rapidly increased the cost of water. In response, the Government is implementing a sector reform program that aims to optimize the allocation of water resources, while reducing the use of energy in the sector – a program that would be supported by the DPL. The plan will optimize the use of existing surface water resources while allocating increasing flows of treated wastewater to farmers and industry to support economic growth while reducing the over-extraction of groundwater.

“We are pleased to continue supporting the Government of Jordan in implementing its ambitious and far reaching reform programs, which aim to bolster the country’s broad development agendas.”

The water sector is one of the largest consumers of electricity in the country, and hence any increase in energy efficiency will help to reduce the cost of water and reduce emissions and subsequently the carbon footprint of the sector.

In addition to the new US$250 million loan, the World Bank’s portfolio in Jordan comprises three projects amounting to US$430 million, as well as 15 trust fund grants for a total of US$83.4 million.

More information can be found on the World Bank website, where you also may find the program document.