The redevelopment strategy will build upon the existing infrastructure and tourism 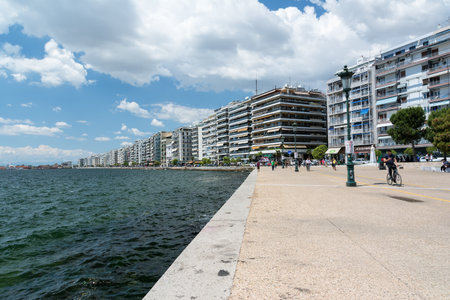 assets in the area, which already draw many international and local visitors, despite lack of uninterrupted pedestrian access, limited amenities and few retail and food and beverage options along the length of the waterfront. The City would like to catalyze the redevelopment of various vacant and/or underutilized sites along the waterfront as a means to achieve social, economic and fiscal benefits. This demonstration project will be used to illustrate how social, fiscal and economic outcomes can be maximized through more coordinated planning and effective investment program prioritization.
END_OF_DOCUMENT_TOKEN_TO_BE_REPLACED

Article originally published in Het Financieele Dagblad on September 7, 2015 by Gerben van der Marel. This is an abstract, full article available through the FD website.

The World Bank will offer more help to relatively wealthy countries going through a crisis, like Greece. Talks are underway with the Greek private sector regarding a ‘substantial’ package of investments, according to Frank Heemskerk, Executive Director at the development bank in Washington.

Behind the scenes, the World Bank has been active in Greece for some time, says Heemskerk. ‘Many institutions don’t work. The country is corrupt. We have allowed that to happen in Europe. We have all looked the other way.’ The Greek crisis has a large impact in the region, he says. Countries like Bulgaria, where the World Bank has been a player for a long time, feel the pain.