The World Banks Forest and Landscapes Team within the Climate Funds unit (GCCFM) sits in the Climate Change Cross Cutting Solutions Area (CCSA); it manages carbon funds and facilities, worth over $1.3 billion. There are two main carbon funds/facilities in the land sector that seek to pilot climate result based finance at large scale level: BioCF Initiative of Sustainable Forest Landscapes (ISFL) and the FCPF Carbon Fund.
It is expected that a total of 23 Emission Reduction Programs will be included in the portfolio of both funds.First monitoring is expected to occur from 2019 onwards but before the funds can make payments, reported results need to be verified. However, more is needed to define the terms of the modalities and procedures for verification under both funds. This definition is critical for ensuring the quality and environmental integrity of ERs generated. The WB is seeking a firm to support in the definition of a verification standard.

END_OF_DOCUMENT_TOKEN_TO_BE_REPLACED

IFCs Climate Business Department would like to invite interested Consultant firms to indicate their interest to carry out an assignment that will produce methodological approaches and quantitative tools for assessment of financial, environmental and social risks and opportunities resulting from the impacts of climate change (climate risks) that may affect private sector investments and companies in sectors defined below, and to evaluate appropriate adaptation responses.

This assignment will consider the following sectors: Ports and harbors, and water transport.

As you may have read, the concept of Public Private Partnerships (PPPs) has become a Cross-Cutting Solution Area (CCSA) for the World Bank. This means that since this summer, there is a specific department within the bank that deals with PPPs.
Although the concept of PPPs as such is not new at all, it is often a virtually 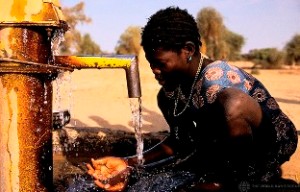 unknown instrument for many governments in developing countries and emerging markets. After all, something is either built by the government, or by the private sector. And if it is built by the government but used by the private sector, the population may think foul play is at hand!
In certain situations, and in certain locations, a PPP may very well be a good solution to bring much-needed services to the people, to kickstart economic activity, or to achieve something either party could not otherwise afford to do by itself, for example building a road or collecting trash. At the same time, a PPP is not always the right approach – it is not a panacea that can simply be the answer to every challenge posed. For many governments and private sector parties alike, it is hard to make the right call when it comes to PPPs: is it the appropriate tool in this situation, in this context, in this location, and with these actors? To help answer that all-important question, the World Bank has created a resource center on Public Private Partnerships: http://ppp.worldbank.org. Although it focuses primarily on infrastructure projects, it can be used by a much broader audience.
The resource center has examples of regulatory frameworks, policies and laws, examplesof agreements, leases, joint ventures and management contract. It has sector information for sectors such as clean technology , solid waste, transportation and water. Financing, also an important issue, is another topic it has information on, such as financing mechanisms, risk allocation, various sources of financing, and government risk management.
In sum, if you are thinking of entering into a PPP, if your governmental counterpart is proposing setting up a PPP, or if you would simply like to find whether PPPs would work in your sector and for your company, visit the World Bank’s PPP resource center.

In an earlier blog entry we published the new organizational structure of the World Bank after the change process, explaining the new Global Practices (GPs) and Cross-Cutting Solution Areas (CCSAs). But more than the organizational structure the change process also impacted both the role of WB country offices vis-à-vis Headquarters, as well as the role of the different World Bank Units. To further illustrate the roles of the different organizational units, recall the figure below.

END_OF_DOCUMENT_TOKEN_TO_BE_REPLACED

Earlier this month we published an overview of the new Global Practices (GPs) and Cross-Cutting Solution Areas (CCSAs), along with the Senior Directors in charge of these new divisions. This new set-up is a direct result of the change process at the World Bank. But how are these GPs and CCSAs structured exactly, and what consequences does the change process have for the structure of regional staff?

END_OF_DOCUMENT_TOKEN_TO_BE_REPLACED 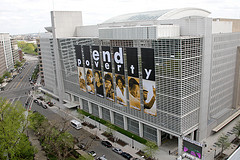 On July 1, 2014, the World Bank launched its new structure with 14 Global Practices (GPs) and 5 Cross-Cutting Solution Area (CCSAs). The Senior Directors responsible for the various GPs and CCSAs are to inform President Jim Kim of the World Bank how they wish to structure their new organizations by early September.

The following Global Practices have been created (along with the Senior Director):

The Cross-Cutting Solution Areas are the following:

As a result of the reorganization, many staff members have been “re-mapped” to different GPs, and are now reinventing themselves within a new organizational structure. This affects hierarchical lines, budgets, responsibilities, and project staffing.

Once the unrest of the reorganization settles, hopefully around the end of September, it could be a prime time to rekindle relationships within the new structures. What better way to meet new directors and staff than by meeting them face to face? We strongly suggest that you reach out to World Bank Headquarters or its country offices to find out what opportunities this may open up for your business. We are happy to help you make connections if needed!