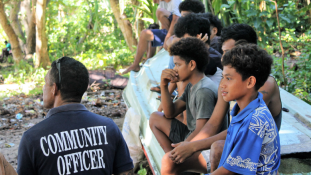 END_OF_DOCUMENT_TOKEN_TO_BE_REPLACED

The Bank will recruit a team of engineers (a consulting firm) to assist SIG to review the basic/tender designs and cost estimates submitted by, and will be submitted by, the preferred investor, and assist SIG to negotiate the design and cost of the engineering, procurement and construction (EC) contract.
END_OF_DOCUMENT_TOKEN_TO_BE_REPLACED

Power in the past constrained its capacity to expand its grid to main population centers or even in the capital city Honiara. While 45% households have reported to have some form of power supply at home, the majority of these households only have small solar panels, typically of 20W, whereas only 9% have power supply from the grid operated by Solomon Islands Electricity Authority (now trading as Solomon Power).

The World Bank is looking for an Independent Verification Agent (IVA). The objectives of the IVA are to (i) verify that the pre-agreed outputs as defined in Operations Manual (OM) have been delivered and properly documented; (ii) confirm that claimed outputs and beneficiaries are eligible to receive OBA subsidies; (iii) review costs of service connection and household wiring; (iv) recommend reimbursement of OBA subsidy to Solomon Power; and (v) prepare Output Verification Reports and to verify and collect project monitoring data.