The Yemen Emergency Electricity Access Project has worked across several of the country’s governorates and villages. We heard directly from the people on the ground about how, exactly, this project has changed their lives. Supported by the World Bank’s International Development Association (IDA) and the United Nations Office for Project Services (UNOPS), we went to different areas and villages to listen to the people whose voices matter most for World Bank projects. 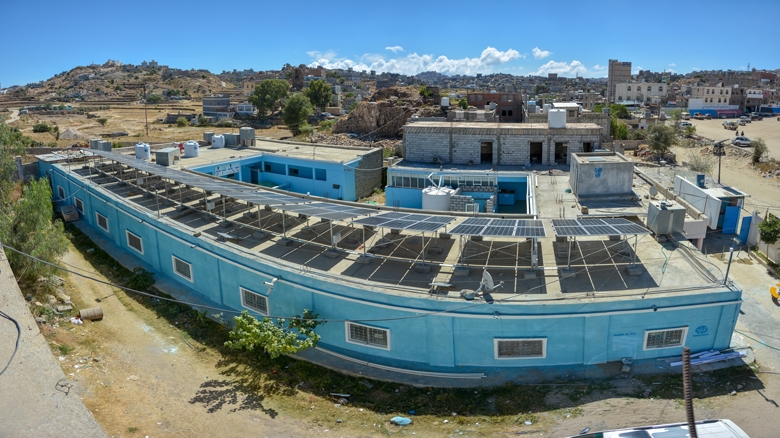 END_OF_DOCUMENT_TOKEN_TO_BE_REPLACED

country’s five-and-half-year civil war has had on its population. About 20 million Yemenis—70% of the population—are facing hunger, a 13% increase from 2017.

Yemen is one of the most food insecure countries in the world. Long before the conflict began, child malnutrition was widespread. In 2013, 46.5% of children under five were stunted, or short and underweight for their age; 16.3% suffered from acute malnutrition.

END_OF_DOCUMENT_TOKEN_TO_BE_REPLACED

The World Bank will carry out a multi-hazard assessment in Sanaa, Aden and

Hodeidah. These cities are exposed to hazards such as coastal and urban floods, seismic activity, tsunamis, volcanoes and water scarcity.
The consultancy will develop hazard maps, assessing individual hazards and their interdependence. The assessment will provide spatial insight into the hazards footprints in the form of fully licensed, GIS compatible datasets. It will gauge the exposure of each of the cities to hazard risks, considering their location, attributes, and when possible vulnerabilities and the value of their assets.

END_OF_DOCUMENT_TOKEN_TO_BE_REPLACED

US$200 million grant to support Yemen as it struggles to contain one of the world’s largest cholera outbreaks. This will strengthen the country’s health, water and sanitation systems, addressing the source of the epidemic and improving systems to prevent future outbreaks.
The integrated support package financed by the new grant will include the training of 7,500 health workers, strengthening the local capacity to treat and manage cholera cases, provision of bulk chlorination of water supplies, rehabilitation of critical wastewater treatment plants, supporting mass communication and social mobilization campaigns, and supporting one the largest ever cholera vaccine campaigns aiming to reach millions of Yemenis. END_OF_DOCUMENT_TOKEN_TO_BE_REPLACED

The IFC Advisory Services MENA Microfinance Team is seeking a consulting firm to support a Yemeni MFI in assessing institutional readiness to expand its cash transfers line of business. The firm will be expected to use their previous experience in the cash transfers space and surveying clients and staff to review the current set up and cash transfer/agent banking mechanism, to identify gaps and areas for improvement as well as to develop a six-month action plan and overall strategy in these areas that covers crisis and post-crisis operations.
END_OF_DOCUMENT_TOKEN_TO_BE_REPLACED