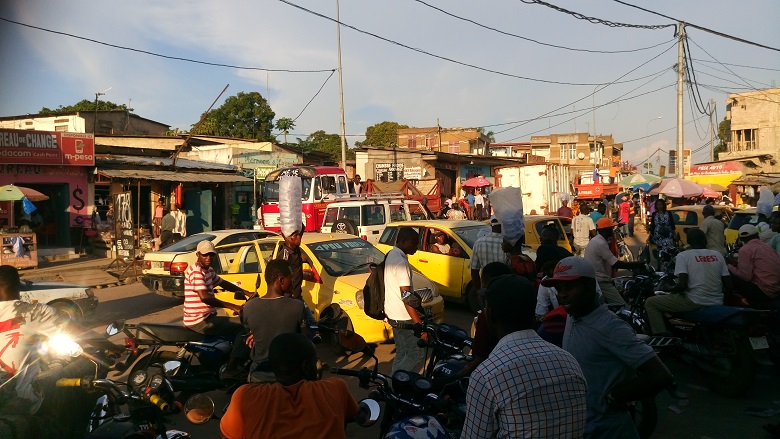 Like many of the world’s megacities, Kinshasa faces many challenges. With nearly 15 million residents, the capital of the Democratic Republic of the Congo is known for its epic traffic jams, widespread poverty, unreliable electricity, decades of violent confrontation and an underlying vulnerability to floods, droughts, and other climate shocks. In addition, the COVID-19 pandemic has affected the wellbeing of Kinshasa’s people economically and health-wise.

In this, Kinshasa is hardly unique. Among the more than 30 megacities around the world with 10 million or more inhabitants, many of these same issues are urgent. The majority of the world’s people, 55%, live in cities, and by 2030, that figure is expected to rise to more than 60 percent. Moreover, rapid urbanization in Sub-Saharan Africa will lead to an estimated threefold increase in the urban population from 441 million in 2020 to 1.3 billion by 2050. In DRC, 45% of the population lives in cities, three-quarters of whom live in slums. In 2020, the country’s urban population grew by 4.5%, indicating that 1.5 million new residents arrive in its cities every year.

In the near future, Kinshasa, like many other cities, is expected to experience higher temperatures, more extreme precipitation and flooding, and more frequent droughts— all of which could make business and industry less productive. These changing conditions are likely to damage infrastructure with potentially catastrophic effects, especially for small-scale farmers and poor city-dwellers, with damage magnified by rapid, poorly planned urbanization.

As populations rise in DRC’s urban areas, especially Kinshasa, and climate change intensifies, the need for practical solutions is clear. By addressing these challenges, Kinshasa can be in the vanguard of the movement toward more sustainable cities.

As populations rise in DRC’s urban areas, especially Kinshasa, and climate change intensifies, the need for practical solutions is clear.

The World Bank’s Kin Elenda project, which means Sustainable and Resilient Kinshasa, recognizes the urgent need to improve institutional capacity for urban management as well as access to infrastructure, services, and socio-economic opportunity in Africa’s largest city. The five-year, $500 million project is funded equally by International Development Association credits and grants and aims to tackle not just infrastructure but to help make communities more inclusive and resilient.

Set to begin in 2022, the project makes resilience to climate change a top priority and has been set up with strong institutional buy-in from various levels of government and entities that will benefit, such as public utility companies.

The Kin Elenda project’s sustainability investments target specific revenue sources for Kinshasa, building on existing projects. Low-maintenance solutions are a priority: solar-powered streetlights; durable road surfaces and materials for roads, walkways, walls, and other hardscaping; and indigenous plants that don’t require much water. Technological solutions for water supply, solid waste management and sanitation will be based on operation and maintenance needs. These approaches, combined with studies on financial sustainability and relevant capacity building, will support long-term sustainability of these services. The project will also support improved urban planning and revenue generation, which, in turn, will contribute to improved services and governance.

The five-year, $500 million project is funded equally by International Development Association credits and grants and aims to tackle not just infrastructure but to help make communities more inclusive and resilient.

Kinshasa’s Kin Elenda project is one of several supporting fast-growing African cities to build resilience to flooding and other disasters while improving land use planning, urban infrastructure, services, and upgrading informal settlements.

In Côte d’Ivoire, for example, the government is working with the World Bank to reduce the carbon footprint of Abidjan’s solid waste management system and make it more resilient. The IDA-financed $315 million project will help construct a new engineered landfill and optimize waste transit routes.

In Dar es Salaam, Tanzania, where 70-80 percent of residents live in the city’s most flood-prone areas, citizen scientists and drones were mobilized to improve the accuracy of soil maps and better guide urban decision-making. Using this approach, the Tanzania Urban Resilience Program conducted flood modelling for the city at a fraction of the cost and with greater accuracy than traditional surveys.

The Kinshasa project aims to directly benefit about 2 million people through improved services, including household water connections, reduced exposure to flooding, and green urban spaces in the four neighborhoods of Kisenso, Ndjili, Matete and Lemba. Viewed more broadly, however, the project is likely to benefit most Kinshasa residents to some extent due to city-wide investments, especially in water and power. It focuses on improving basic city-wide services – water supply, sanitation, solid waste management and power – as well as neighborhood services, including urban mobility and roads, lessening flood risk and controlling erosion, and rehabilitating public spaces and other local infrastructure.

The project aims to maximize climate change mitigation and adaptation co-benefits through investment selection and design, with an estimated 71.8% of investments as adaptation and 27% as mitigation.

The project will also go beyond physical infrastructure to address socioeconomic inclusion and empowerment, skills development, and gender-based violence prevention, along with urban planning, land administration and improved city governance. Given the city’s challenges, a major goal of Kin Elenda is to protect the city’s 9 million poor and vulnerable and preserve their livelihoods, while laying the ground for future projects to improve living conditions. 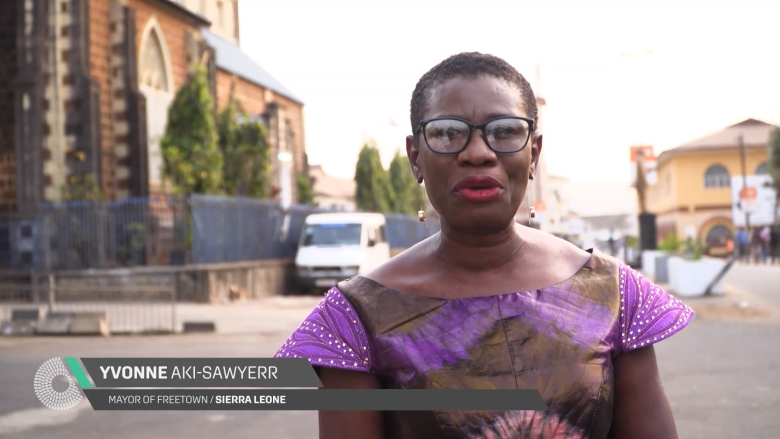 The Future of Cities Is Being Shaped by Climate Change

In a video message shown at the World Bank 2021 Spring Meetings, Yvonne Aki-Sawyerr, Mayor of Freetown, Sierra Leone, said that what cities do to address climate change can set the agenda for communities and governments everywhere. 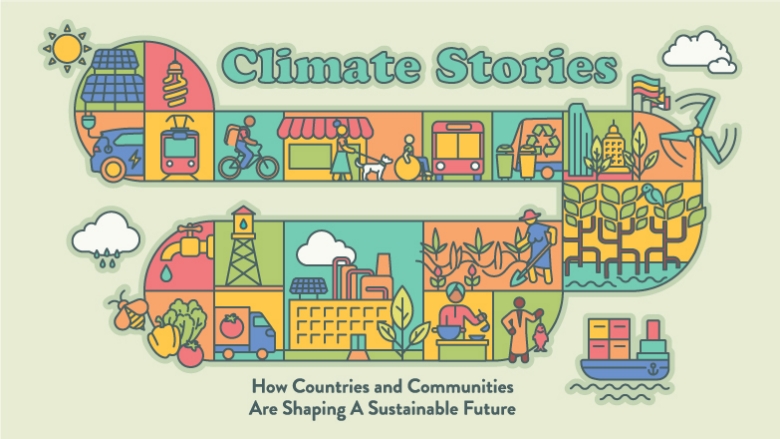