As crises multiply and the devastating conflict in Ukraine drags on, its global effects are 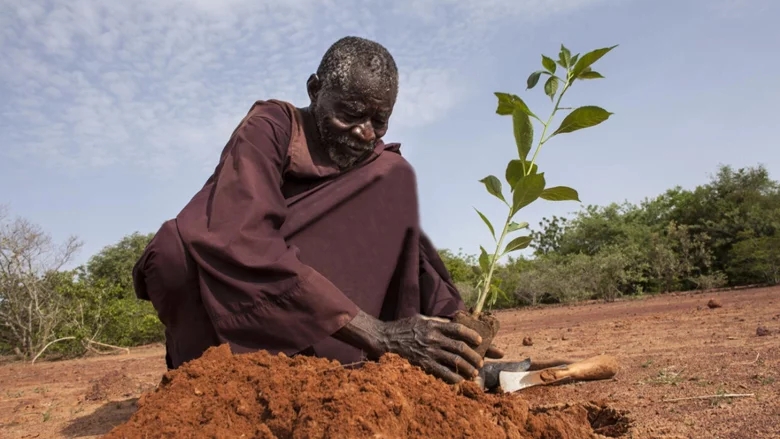 This story was originally published by France 24

In the face of the crisis, the World Bank is deploying short- and long-term responses to boost food and nutrition security, reduce risks, and strengthen food systems.

These actions form part of the institution’s global response to the ongoing food security crisis, with up to $30 billion in existing and new projects in areas spanning agriculture, nutrition, social protection, water, and irrigation. This financing will include efforts to encourage food and fertilizer production, enhance food systems, facilitate greater trade, and support vulnerable households and producers.

The shockwaves of the conflict are expected to have complex, long-lasting impacts for the world. Global prices are forecast to remain at historically high levels through the end of 2024, and the war is altering patterns of trade and production in ways that will aggravate food insecurity and inflation. These jolts come after two years of COVID-19 pandemic disruption, creating a blow to an already fragile global food system grappling with climate extremes.

Today, with soaring inflation, unfortunately many people in Africa are struggling to have access to basics such as food products,
Ousmane Diagana
World Bank Vice President for Western and Central Africa

Markets in the Sahel and across West and Central Africa are experiencing stark price rises of oil, rice, wheat and other commodities on the international market, and poorer households spend disproportionately more on food than those better off. The price of wheat, a food staple for many households, stood 60% higher at the start of June 2022 compared to January 2021, according to World Bank data.

The price of fertilisers too, essential for productive agriculture, has surged since the war and now stands almost three times higher than a year ago. The knock-on effect is expected to reduce food production over the coming years as soaring prices force many farmers to use less fertiliser.

The World Bank is mobilising support for emergency responses in the Sahel and West Africa to help countries at risk of food insecurity respond faster. It is also working with its humanitarian partners to monitor regional food insecurity and draw up Food Security Preparedness Plans.

The challenge of boosting the region’s food and nutrition security is also demanding long-term responses. And, as many root causes—and consequences—of food insecurity defy national borders, regional approaches are being adopted to build food systems resilience across Western and Central African countries.

As food systems in the Sahel and West Africa face exceptional stress, there is also a growing demand for more climate-smart investments to support countries where communities face the compounded effects of climate change, conflict, and unprecedented environmental degradation.

The African-led Great Green Wall is a major regional initiative that promises such climate-smart solutions to transform both the region’s economies and ecosystems. By 2030, it seeks to restore some 100 million hectares of degraded land and generate 10 million jobs in rural areas, supporting people’s ability to respond and adapt to climate risks. The World Bank has committed to invest $5.6 billion between 2020 and 2025 in 11 countries taking part. Over 60 projects are focused on transforming livelihoods in the Great Green Wall through landscape restoration, improved food systems, and access to climate-resilient infrastructure.

“Before, I used chemical fertiliser every year and I could go through 20 or 30 bags of it,” says farmer Nama Boureima in Sapouy, Burkina Faso, one of hundreds benefiting from biodigesters installed in the country.

By adding a mix of cow manure and water to biodigesters, farmers can generate renewable biogas for cooking and organic fertiliser for their fields. This reduces CO2 emissions by capturing methane emitted by the manure, while lowering pressure on forest resources previously used for household fuel.

His farm illustrates some of the sweeping changes in progress under the Great Green Wall. Some 270,000 hectares of land have been brought under sustainable management in Burkina Faso; more than 2,500 micro-projects have been financed; 1.5 million people have seen their monetary benefits from forest products increase; and 10 million tons of CO2 have been reduced or avoided.

About 12.5 million people benefited from the US$900 million Nigeria Erosion and Watershed Project (NEWMAP) that reinforced the country’s ability to fight erosion, natural hazards and disasters, while creating 20,000 direct and 32,000 indirect jobs through Sovereign Green Bonds — a first for Africa.

In Niger, additional yields of as much as 58% have been achieved by agro-sylvo-pastoral communities thanks to training on climate-smart strategies.

“When these elements are put together, not only does it transform the economy, but jobs are created too. That allows young Africans to stay in Africa and make a living from their work by being in Africa,” says the World Bank’s Diagana.