ANTANANARIVO, June 8, 2020—Well before dawn, as starlight is shimmering on the waters of Antongil Bay, Labako, 31-years-old, and his younger brother Gérard, 20, silently get out of bed to head to the sea and go fishing. At two in the morning, the rest of the household remains fast asleep. The two brothers meet on the beach to prepare their wooden canoe, which has been fitted with a brand-new engine. 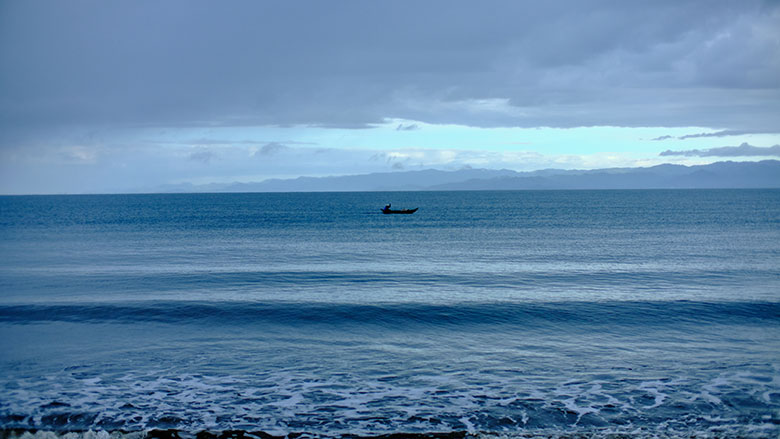 “Fishing is our life. It was our parents and grandparents’ life before. We have always known the sea. It is our livelihood,” said Labako, father of two children. Recently, the two brothers invested their savings in the purchase of a small diesel engine, so that they no longer have to rely solely on the strength of their arms and are able to fish further out to sea.

“In recent years, fish have become scarce. You have to go further and further out to be able to fish”, said Gérard, who recently had a little girl. “It is certainly more dangerous to venture offshore, but if we don’t, we would come back empty-handed.”

A decrease in fish catches is deeply felt across Madagascar’s coastal regions, due in particular to overfishing and harmful fishing practices: Illegal catches represent half of the fishing sector’s total production.

“Only one out of five canoes, that is to say 22%, is registered with the authorities, fish catches are generally not reported, fish stock assessments are in frequent and economic data is limited,” said Julien Million, World Bank Senior Fisheries Specialist and manager of the South West Indian Ocean Fisheries Governance and Shared Growth Project(SWIOFISH 2). “As a result, stocks are exploited beyond optimal biological, social and economic targets, and dwindle with each fishing season.” 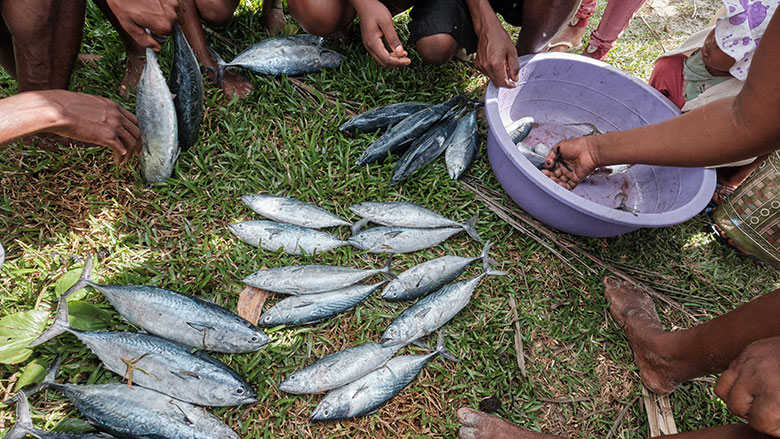 The lifeblood of the economy

The fishery sector plays a leading role on the island’s economy with an annual production capacity of $750 million equivalent to more than 7% of the national gross domestic product (GDP) and a contribution of 6.6% to the total exports. It is also critical to the nutritional health and food security of Malagasy people, contributing around 20% to their animal protein consumption.

Fishing and aquaculture support almost 1.5 million people in Madagascar, most of whom come from coastal areas. This segment of the population is often among the most vulnerable and marginalized communities, with a majority without other assets such as a land that could allow them to diversify their revenues. Fishermen start very young, from the age of 11 to 15. According to a 2012 national survey, around two-thirds of the fishermen do not attend school and only 6% go beyond primary school.

Although fishing is essential for the Madagascar economy, as well as for the livelihood of several thousand individuals, this sector faces numerous and complex challenges. One of the most fundamental issues is finding ways to balance conservation and exploitation of fisheries resources.

“One of the great challenges for the sector is to strike the right balance between economic fishing and responsible fishing, in order to adequately integrate the role of human beings in their environment,” explained Lucien Fanomezantsoa Ranarivelo, Minister of Agriculture, Livestock and Fisheries. “This is why our ministry pursues its vision of developing the blue economy while preserving the marine ecosystem and promoting a sustainable resources management.” 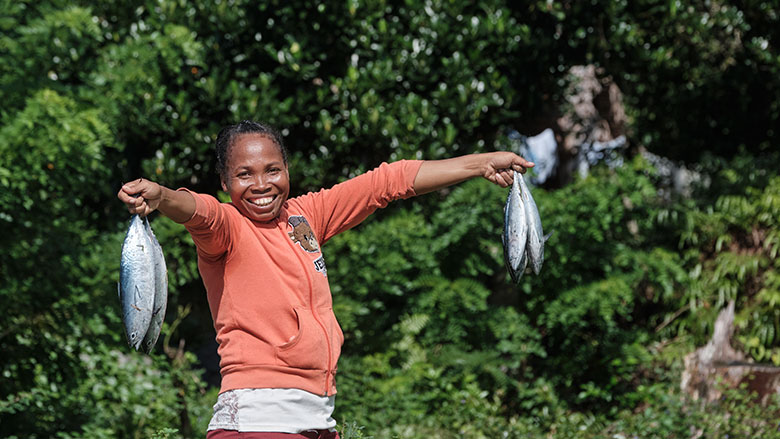 In 2017, Madagascar obtained support worth $74.15 million from the World Bank, the Global Environment Facility and the Japan Policy and Human Resources Development Fund. This funding supports interventions that improve the exploitation of selected fisheries resources at the national and community levels and allow fishermen in identified ultra-priority areas to have access to alternative livelihoods.

The SWIOFish 2 Project complements a first project launched in 2015 in the Comoros, Mozambique and Tanzania. It aims to ensure that countries in the South West Indian Ocean region, and Madagascar in particular, take advantage of the economic, social and environmental benefits provided by a sustainable fisheries resources management.

In Madagascar, the project focuses on five target areas identified as strategic for fishing and for the sector’s growth. Three of these areas are considered Ultra Priorityy: from Ambaro Bay to Ampasindava Bay in the Diana region, Antongil Bay in the Analanjirofo region, and the Melaky region.

Labako and Gérard live in Rantohely, 48 kilometers from the town of Maroantsetra, in the region of Analanjirofo where Antongil Bay is located. They are among the 40 members of their village’s fishermen association created several years ago to better manage fisheries resources in a local and concerted manner. Members meet once a month to discuss their problems and agree to take on specific responsibilities such as the monitoring fishing areas.

SWIOFish 2 Project activities include supporting these village associations ensure a responsible management of resources and the survival of the species. This is done by reinforcing fishermen’s awareness on authorized fishing areas, seasons and gear that respect marine habitats.

In the region of Analanjirofo where Antongil Bay is located, the project helped an association of 40 fishermen like Labako and Gerad better manage fisheries resources in a local and concerted manner. Members meet once a month to discuss their problems and agree to take on specific responsibilities such as the monitoring fishing areas.

Other activities aim to resolve governance and productivity concerns in the fishing sector in order to remove obstacles that hinder private investment and harm the viability of fishing enterprises. These interventions allow to restore the wealth drawn from a largely offshore fisheries sector, create value chain through regional collaboration, and make national economies benefit from the sector.