Over half of the world’s population — an estimated 4.3 billion people — now use the 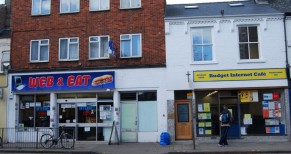 Internet, and 90 percent of all people are covered by at least basic data services. Some countries have very high levels of internet usage; the members of the Organisation of Economic Cooperation and Development (OECD), a group of advanced economies, have 84 percent individuals using the internet. Some countries, such as Iceland or South Korea, count almost everyone as users. But what of the rest of the world? What holds back about half of the world’s population from using the internet?

We find some clues about what keeps people offline from the national surveys of households done in the Eastern Partnership (EaP) countries of Armenia, Azerbaijan, Belarus, Georgia, Moldova, and Ukraine. The World Bank is working in the EaP countries as part of the EU4Digital initiative, supported by the European Union, and which aims to assist countries in designing or implementing their broadband internet development strategies. In this group of countries, the share of individuals who use the internet regularly (in the three months prior to each country’s survey) varies between about 80 percent in Azerbaijan and 50–60 percent in Georgia and Ukraine. These surveys each include questions about why people are offline, and the reasons are varied, providing some clues about how public policies might do more to get more people connected.

Unsurprisingly, people are often offline because they do not have access to the networks. But beyond access, poor affordability is a challenge. People across four of the EaP countries where data is available explain that they cannot afford a device to use the internet and refer to the high cost of access — either the monthly fee or the initial setup costs — as their major reasons for not yet being connected. For example, almost 60 percent of Moldovans who are not connected to the internet report the costs of devices (such as computers) being the impediment.

A lack of appeal?

But surprisingly, many of those offline also say that they lack the interest, need, or desire to connect to the internet. Over one quarter of Armenians who are not connected — both in urban and rural areas — report having no interest, desire or need to connect to the internet. This response spells trouble in an increasingly digital world; people and businesses that are offline risk falling behind in terms of access to information, services, and markets.

Curiously, especially given the association of digital services with young people, there are about a third of unconnected youth in both Armenia and Georgia who say they are either not interested or do not think that they need to be connected to the internet. At the same time, just over half of internet non-users ages 56 years-and-higher both in Armenia and Georgia do not want to connect to the internet or believe that they do not need it.

Some of this might be due to a lack of awareness of the benefits of getting online, or due to a lack of skills to use the internet in ways that might benefit the user. For instance, in each of the EaP countries, more people could use online job search portals to find employment opportunities for all levels of skills and education. In Georgia, as of 2018 for example, only 30 percent of internet users aged 15–29 years have searched or applied for a job online. Only one in eight rural internet users have used internet banking.

Three types of efforts could help bridge this digital divide in use. First — and most obvious — are measures that increase access to the internet, enabling networks to go deeper into rural or remote areas. Such measures would reduce the costs of network roll out and increase incentives for service providers to enter new markets — through competitive pressure or arrangements such as public-private partnerships.

Public agencies could also consider short-term efforts to increase affordability. Many countries have issued devices free to students, for instance. Armenia had a successful program to improve financing terms to buy devices. Georgia has a program being rolled out that provides socially vulnerable households and small businesses in rural areas with vouchers that cover the cost of internet connection fees.

And third, programs make people more aware and improve the value of the internet to them would help make getting online more attractive. In Kosovo, the Government has organized a program to boost online participation and income generation of young people by training them to succeed on digital work platforms. Malaysia has a range of programs to train people with lower incomes to work online or to set up online businesses. Increasing the range of public and private services delivered online — from internet banking to education — could also boost the attractiveness for a wider audience.

The digital divide is typically thought of in terms of access to networks. As statistics about internet adoption and use improve and deepen, we get a more nuanced view of what might be holding people back from getting online. Addressing the causes of a digital divide in use — by making services widely accessible, affordable, and appealing — will allow more people to take advantage of the opportunities and benefit in a world going digital.