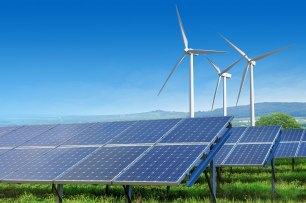 Summit which will take place in Nairobi, Kenya, on March 14, 2019. The Summit will bring together global leaders, entrepreneurs, international organizations, and civil society, to help accelerate and focus attention on climate investments in line with the Paris Agreement objectives. The Summit will focus on promoting renewable energies, fostering resilience and adaptation and protecting biodiversity in Africa. Follow #OnePlanet for live updates and tune in live on March 14.

Roughly 1 billion people – or about 13 percent of the world’s population – live without electricity. In Africa, today, one in three people don’t have access to electricity, often having to resort to using kerosene or spending hours in darkness.  Almost 87% of those without electricity live in rural areas. Those who do have electricity often find it unreliable or expensive. Sub-Saharan Africa’s share in the global access deficit has more than doubled between 1990 and 2016. Despite progress in all world regions, the world is not on track to achieve universal electricity access by 2030, with Sub-Saharan Africa at great risk of being left behind. Universal access to affordable, reliable and sustainable energy – Sustainable Development Goal (SDG) 7 – is essential to reach other SDGs and is at the center of efforts to tackle climate change.

Access to electricity makes communities safer, helps small businesses thrive, and powers essential services such as schools and clinics. The World Bank is committed to helping countries transition to low-carbon energy systems and ensuring that everyone around the world has access to affordable, reliable, and sustainable energy for all. Between 2014 and 2018, the World Bank provided more than $11.5 billion in financing for renewable energy and energy efficiency. A comprehensive approach to scaling up access to electricity is critical. Mini-grids are emerging as a key player for cost-effective and reliable electrification of rural areas and have the potential for playing a significant role in efforts to achieve universal energy access. The Bank is currently one of the largest financiers in this sector – supporting about 25% of mini grid investments in the developing world. For instance, in rural areas that are not connected to the main electricity grid, solar hybrid mini-grids in place of fossil fuel-based systems could reduce emissions by about 80%. The World Bank is actively mobilizing private sector investment in mini-grid initiatives by helping establish enabling policies, demonstrating viable business models, and providing seed funding that can be used to leverage commercial financing.